Launch of Godiva in Indonesia 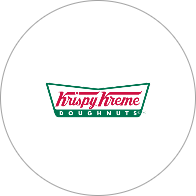 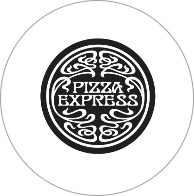 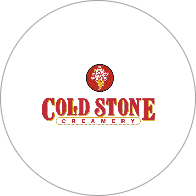 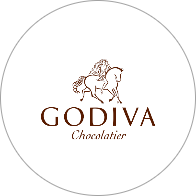 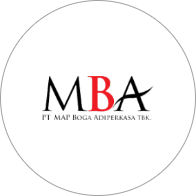 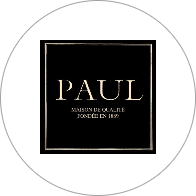 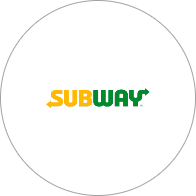 Launch of Godiva in Indonesia

To create a portfolio of premium international food and beverage brands that are “top of the class” in their category, and appeal to the aspiring middle and upper income consumers

Handaka Santosa
President Commissioner
Handaka Santosa is currently the President Commissioner of the Company, based on Statement of Shareholders Resolutions No. 1, dated 14 December 2018. He was previously a Commissioner of the Company, appointed based on the Statement of Shareholders Resolutions No. 2, dated 4 May 2017.
Concurrently he also serves as a Director for PT Mitra Adiperkasa Tbk since 2018 and as Director of PT Map Aktif Adiperkasa Tbk since 2018. Prior to his appointment as a member of the Board, Handaka was the CEO of Senayan City between 2005 to 2014, and an Independent Commissioner of Alfa Retailindo from 2008 to 2011. Currently, he serves as a member of the top management team at SOGO Indonesia. He was also a former Commissioner of PT Mitra Adiperkasa Tbk from 2014 to 2018 and a Director of Gajah Mada Plaza between 1981 and 1988. Besides his role in the Company, he held numerous key positions in several leading organizations, including Head Committee of Shopping Centre Development for Indonesian Chamber of Commerce & Industry (2013 – 2015), Chairman of Indonesia Shopping Centres Management Association (2012 – 2015), Advisor to Indonesia Retail Merchants Association (2011 – 2015), Executive member of the National Consumer Protection Agency (2009 – 2012), General Secretary and Chairman of The Association of Indonesian Retailers (2000 – 2008), and many other organizations including Head Committee of Property Services Development for Indonesian Chamber of Commerce & Industry (2015 – 2020).
An Indonesian citizen born in 1956 (63 years old), he earned his Bachelor Degree in Civil Engineering from University of Diponegoro, Semarang, in 1981. 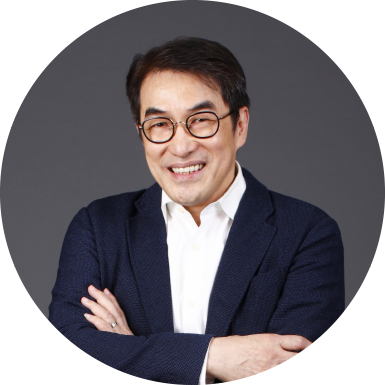 Virendra Prakash Sharma
Director
V.P. Sharma is currently a Commissioner of PT Map Boga Adiperkasa Tbk, based on Company’s Deed No. 109, dated 18th August 2021. Concurrently, he is the Vice President Director of PT Mitra Adiperkasa Tbk since 2004, President Commissioner of PT Map Aktif Adiperkasa Tbk since 2018, and holds other key positions at MAPI subsidiaries. He has joined in PT Mitra Adiperkasa Tbk (MAPI) since 1995, and he has been instrumental in building MAPI into the Company it is today. He started his career as an Advisor at PT Mitra Prima in 1989, and Advisor at MAPI in 1995. Being an inspiring leader to the MAP Group, he was a finalist of Ernst & Young “Entrepreneur of the Year” Award in 2007 and honoured with CNBC “Asia Business Leaders Award” in 2012 and 2015.
An Indian Citizen, 62 years old, domiciled in Jakarta. He acquired his Master of Business Administration from Hull University, England, in 1996, as well as a Bachelor Degree in Law & Commerce from University of Rajasthan, India, in 1977. He is also a certified Associate of the Indian Institute of Bankers. 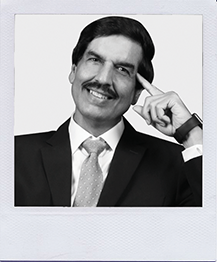 Sandeep Achyut Naik
Commissioner
Sandeep Achyut Naik has been a Commissioner of the Company since 2017, based on the Statement of Shareholders Resolutions No. 2, dated 4 May 2017. He is a Managing Director at General Atlantic and serves on the firms Executive Committee. He is located in General Atlantic’s Mumbai office, where he serves as head of operations in India and Asia Pacific. Mr. Naik manages and oversees all of GA’s investments in the region, which include Krishna Institute of Medical Sciences Limited, BillDesk, House of Anita Dongre, IIFL Wealth Management, PNB Housing FinanceLtd., National Stock Exchange and Karvy Fintech., Byjus etc..
Previously, Mr. Naik served as a partner and co-head of the India office for Apax Partners, leading their investments in healthcare, financial & business services and retail & consumer sectors. Prior to joining Apax, he was a Global Marketing Manager at Medtronic Inc, a scientist at Mayo Clinic and a Consultant with McKinsey. He is also the co-founder of a medical device start up firm, InfraScan Inc., which is focused on detecting bleeding inside the brain using a handheld device.
Mr. Naik is an avid community worker. Among other philanthropic endeavors, he co-founded ToolBox India, an organization that brings professionals and non-profits together to improve productivity and efficiency within the social sector.
A United States citizen, born in India in 1972 (47 years old), Mr. Naik holds a BTech in Instrumentation Engineering from the University of Mumbai, an M.S. in Biomedical Engineering from the Medical College of Virginia and an M.B.A. in Finance from The Wharton School of Business, University of Pennsylvania. Mr. Naik was selected as a Young Global Leader by the World Economic Forum and served on the Global Agenda Council of ‘New Order of Economic Thinking’. Mr. Naik is also a member on the Wharton Asia Board and a Trustee at The American School of Bombay. 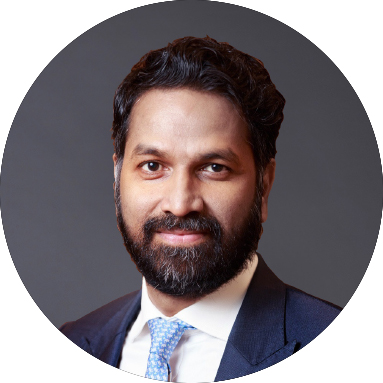 Alok Chandra Misra
Independent Commissioner
Joined the Company in 2022, Mr. Misra is currently an Independent Commissioner of MBA, and his appointment was based on the Minutes of Meeting of the Extraordinary General Meeting of Shareholders no. 60 dated 7 December 2022. Concurrently, he is the Chief Operating Officer of General Atlantic’s India office and an Operating Partner.
Before joining General Atlantic in 2013, Mr. Misra served as Group Chief Financial Officer at WNS Group, where he helped lead the company through significant expansion and transformation. Prior to that, he was Group Chief Financial Officer of MphasiS BFL Group (now part of the ewlett- Packard Company) and served in a number of accounting and finance roles at other firms, including I.T.C. Limited and PwC.
An Indian citizen, born in 1966 (56 years old). Mr. Misra holds an Honours degree in commerce from Calcutta University. He is also a Fellow Member of the Institute of Chartered Accountants of India. 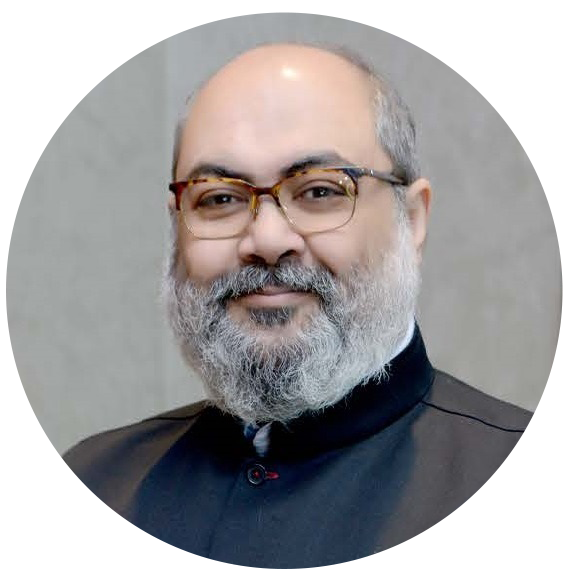 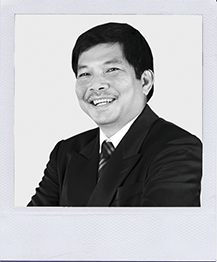 Anthony Cottan
President Director
Central to the Leadership team is Anthony Cottan. Currently the President Director of MBA (appointed based on the Statement of Shareholders Resolutions No. 2, dated 4 May 2017), he has been instrumental in leading the company’s growth nationwide. With Mr. Cottan at the helm, our F&B brands are recognised as the industry benchmark in Indonesia. Prior to that, he served as the Food & Beverage Director for PT Mitra Adiperkasa Tbk., from 2001 to 2016. Before he joined the Company, Mr. Cottan served with Club Corporation Asia as General Manager from 1989 – 2001 covering several ASEAN countries over his 12-year tenure.
Born in Portsmouth, England in 1964 (55 years old), Anthony Cottan earned his MBA from Oxford Brookes University, England in 2015. 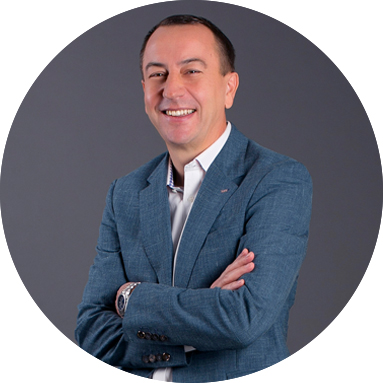 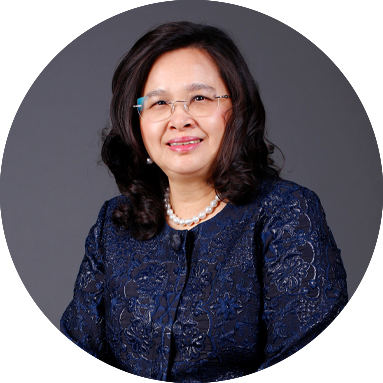 Sean Gustav Standish Hughes
Independent Commissioner
Sean Gustav Standish Hughes is currently a Director of the Company, appointed based on Company’s Deed No. 109, dated 18th August 2021. He also currently serves as a Commissioner of PT Softex Indonesia since 2016 and as a Commissioner of PT Map Aktif Adiperkasa Tbk. Previously he served as a Commissioner of the Company and a Commissioner of PT Mitra Adiperkasa Tbk. He has been a senior advisor to the GITI Group since 2006.
Sean Hughes has held senior positions in numerous leading organizations in Indonesia, Australia and Singapore, predominantly in the investment banking sector where he has advised clients involved in a wide variety of industries on corporate finance matters.
He is a British citizen, born in 1953 (66 years old), and holds a Bachelor’s Degree in Business and is a Fellow of the Institute of Chartered Accountants in Australia and New Zealand and a Fellow of the Financial Services Institute of Australasia. 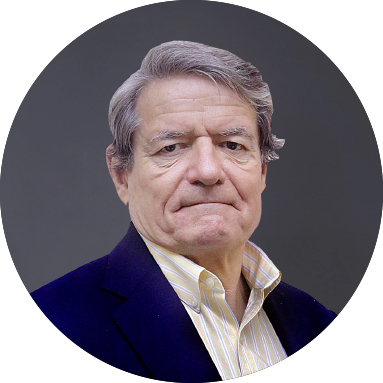 Varun Talukdar
Director
Varun Talukdar is currently a Director of the Company, appointed based on the Company’s Deed No. 114, dated 26th August 2020. Concurrently, he serves as the Vice President of General Atlantic, based in Mumbai, India.
Varun Talukdar was previously a Senior Associate of Observer for Premji Invest (Bangalore, India) from 2011 – 2013, a Senior Associate for Lehman Brothers Holdings (New York, US) from 2009 – 2011, Analyst for Bayside Capital / H.I.G. Capital (Miami, Florida, US) from 2008 – 2009, and Investment Banking Analyst for Global Industries Group – Banc of America Securities LLC (New York, US) from 2006 –2008).
An Indian citizen, born in 1984. He obtained his Bachelor of Science degree in Business Administration, Concentration in Finance from University of North Carolina at Chapel Hill, Chapel Hill, NC, in 2006. 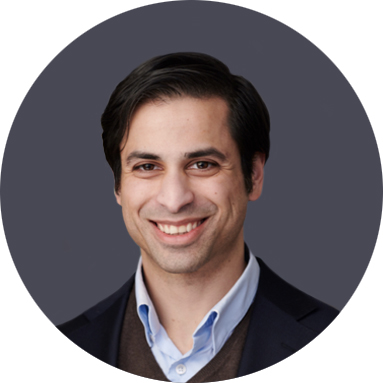 Ratih Darmawan Gianda
Director
Ratih Darmawan Gianda is currently a Director of the Company, appointed based on the Company’s Deed No. 113, dated 26th August 2020. Concurrently, she is the Vice President Group Investor Relations, Corporate Communication, and Sustainability of MAP Group.
She previously served as the Corporate Secretary of PT Map Aktif Adiperkasa Tbk in 2018 – 2020, Country Head of Samsonite Indonesia, JV Partner of PT Mitra Adiperkasa Tbk (MAPI) in 2008 – 2018, Group Head of Investor Relations at MAPI in 2005 – 2008, General Manager of Golf Division at MAPI in 2000 – 2005 and Division Manager of Golf Division at MAPI in 1992 – 2000.
An Indonesian citizen, born in 1966 (54 years old). Ratih Darmawan Gianda obtained her Bachelor of Business Administration degree from Monash University, Australia in 1991.

Percentage of Shares, Line of Business, Company’s Status and Domicile

All subsidiaries are domiciled in Jakarta.